“Today, a dev team leveraging Kubernetes containers can get a cloud app up in minutes.” This statement by Arvind Krishna, IBM’s GM for Hybrid Cloud, at the beginning of his InterConnect 2017 keynote should have received a lot more recognition than it did. This one sentence shows the fundamental shift in IBM’s strategy, away from the old Tivoli-centric IT ops company and toward a modern DevOps-focused organization that is looking for differentiation up the stack. Today’s IBM encourages developers to deploy entire application environments without IT administrators even being aware.

Cognitive Computing for Everyone

IBM presents itself as a company that is already thinking this famous “one step further.” While others are still worrying about how to manage network, storage and server resources, IBM is charging up the stack introducing “cognitive” into its entire product portfolio. IBM’s goal is to enable any software developer to leverage Watson’s cognitive APIs to use internal, partner and public data, without having to spend 80% of their time scrubbing and preparing this data. Instead, Watson  takes on these tasks, based on built-in industry-specific knowledge. This is very significant, because if Watson can truly offer APIs that can save significant amounts of coding time and enables any coder to easily leverage cognitive capabilities, IBM would present a very strong OPEX savings argument to its customers. In reality, IBM is only at the beginning of its cognitive journey and we will keep a close eye on its progress toward a) offering actual turn-key cognitive solutions and b) infusing its portfolio with cognitive capabilities that lower OPEX. The H&R Block example, including SuperBow commercial, shows that this is the right path.

“The dev team can leverage Kubernetes containers and get a cloud up and running in minutes,” said Aravind Krishnan, IBM’s research leader of hybrid cloud. This statement shows a fundamental shift in IBM’s worldview, away from the old operations-centric Tivoli world and toward a world ruled by developers. The focus goes up the stack toward making it as easy as possible for any developer to create powerful microservices, without having to worry about what is going on “underneath.”

While Amazon Lambda is mostly targeted toward running on AWS (project Greengrass may change at least some of this), OpenWhisk is a serverless solution that can run on premise and in a private or public cloud. As OpenWhisk runs on Kubernetes so that customers can (theoretically) deploy it wherever they see fit.

IBM leverages Terraform as the basis for defining hybrid application environments in its new Cloud Automation Manager (CAM). CAM is a new multi cloud management tool that aims at delivering automation templates that deploy and operate entire application environments, including DNS, load balancing, high availability and any other relevant hardware or software component. Whether or not this will work out depends on whether IBM and its partner manage to create a sufficiently large ecosystem of automation packs.

IBM still prefers open technologies for its product offerings and even replaced its proprietary Pure Application Patterns with open Terraform modules for Cloud Automation Manager and based its new container service and OpenWhisk serverless offering on out of the box Kubernetes.

We saw Foosball tables that automatically keep score and recognize players by their faces, a snackbar that automatically recognized what show visitors were eating a grocery store chain automatically tracking shelf inventory via cameras, Watson Image Recognition and Watson Machine Learning Services. Raspberry Py and Arduino boards where everywhere on the showfloor and they were always hooked up to BlueMix-based analytics, machine learning and artificial intelligence services. This was one of the most exciting showfloors of recent years, with inspiration of “what else one could do” around every corner. 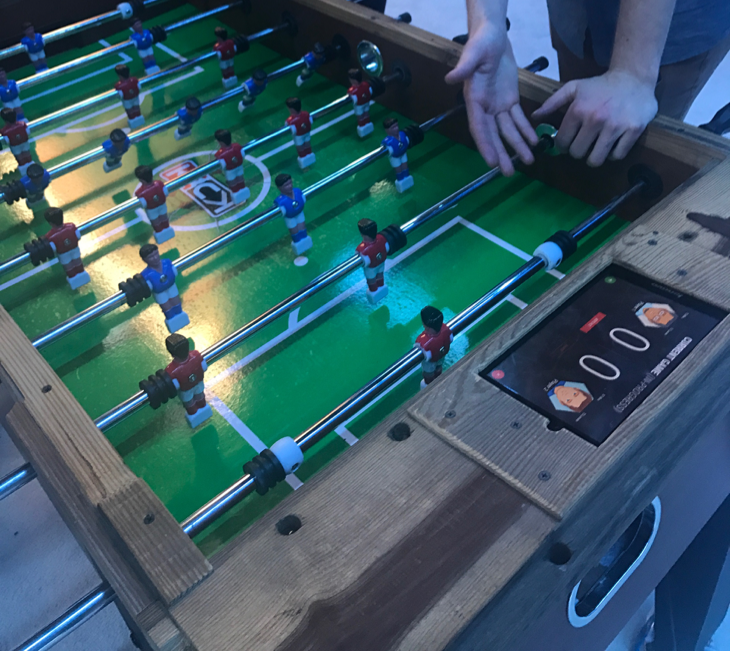 While the technology of Blockchain is outside of my area of expertise, I can’t help but notice the incredible potential of a technology that enables transactions that would have been unthinkable without it. The incorruptible nature of Blockchain ensures that every step of the value chain is automatically traced and available as a record that can be leveraged as a basis for legal contracts. This opens up entire new fields of business that, due to a lack of trust, would not have been imaginable before Blockchain. 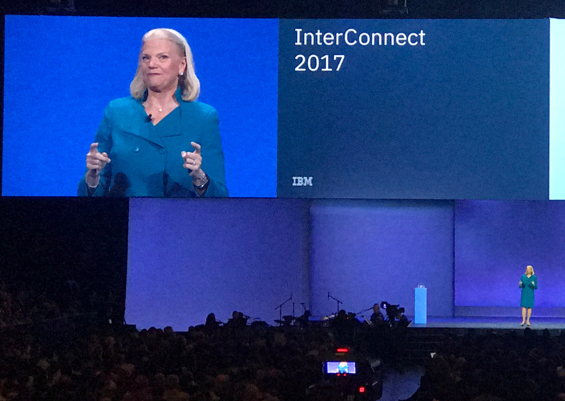