I know what you’re thinking – you just read the title and thought, “Microsoft as a serious player in the mobile space … suuuuure!”  Bear with me, though – this really does make sense.

So much industry buzz has been on the consumerization of IT that vendors have lost sight of the criticality of mobile solutions specifically focused on enterprise requirements.  Instead of riding in the wake of Apple – that is, designing solution just to achieve the “coolness factor” – mobile vendors should be focusing on the vacuum left behind in the wake of BlackBerry market share loss.  With the rapid evolution of enterprise mobile device use, it’s easy to forget that it all really started in 2002 when BlackBerry introduced phones that had the unique ability to access email, and large businesses adopted the devices en mass along with the BlackBerry Enterprise Server (BES) management platform in order to replace antiquated pager systems.  According to EMA primary research, as recent as last year, BlackBerry owned the enterprise market space with 70% of all devices deployed in large organizations (those with greater than 10,000 employees).  In 2012, that number is expected to plummet to a mere 30% and will continue to disintegrate into 2013.

More commonly acknowledged, however, is the mobile revolution that began with the introduction of the iPhone in 2007 that has been driven by consumerized devices purchased and brought into business environments principally by end users.  In the wake of BlackBerry’s rapid demise, however, large enterprises can be expected to initiate the acquisition of massive numbers of mobile devices, shifting the focus of purchase considerations more towards meeting business requirements.  This offers a huge opportunity for mobile platforms to establish a dominant positioning in the enterprise space.  Realistically, there are only three contenders that can achieve this role:

Despite the advantages, it’s an uphill battle for Windows 8.  Microsoft’s big challenge is timing.  Windows 8 is not scheduled for release until later this year, and even then, it will take time for hardware manufactures to
introduce new mobile devices and convince enterprises of the value of the solution.  Organizations transitioning off of BlackBerry devices may not be patient enough to wait for the environment availability or even recognize it as a viable alternative before committing to existing iOS and Android platforms.  Messaging is also critical for Microsoft.  If they focus only on the consumer market in an attempt to follow the Apple model, they will lose.  That’s not to say consumers should be ignored in the messaging – it’s essential that business professionals want to use Windows 8 devices – but the strong enterprise value case must also be clearly elaborated.

It’s the bottom of the 9th in the mobile game.  Microsoft has two strikes (Windows Phone and Windows Mobile).  Will they strike out on the final swing or hit a home run?  Microsoft’s success will be dependent on a combination of strategic partnerships with mobile hardware providers like Dell and a commitment to supporting enterprise requirements without compromising on end user satisfaction.  Here comes the pitch…

From File Share to ownCloud, Dropbox and RES HyperDrive 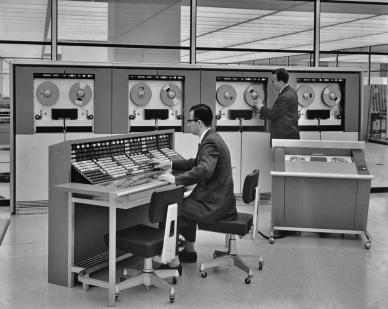