Righting a Wrong: IBM is a Leader in the Cloud...

A article was recently released by Bloomberg news discussing the market share of various cloud providers, and their methods and rankings need  to be re-examined.

Year after year, the various media outlets release their report on the cloud: who does this or that, security breaches here and there (and who is/is not to blame), and the quasi-regular report of cloud services market share. And every year, there is some controversy as to who has the largest share of what. It is pretty obvious—based on whatever metric that one may use—that AWS is the market share leader in overall cloud services consumption. Great for them: it has democratized the cloud and cloud technologies, bringing an affordable, basic cloud solution to everyone. Second is Microsoft, with their Azure offering. They are doing some interesting things with their cloud solution and continue to gain market share (usually from AWS) with innovation and capabilities.

Despite what some may want you to believe, the cloud is not a “two offerings only” show. There are plenty of other vendors doing extremely interesting things with their cloud offerings. IBM was recently featured in an article from Bloomberg news discussing their place in the market, and I wanted to offer an alternative to some of the views discussed in that article.

First, the concept of market share based on sales reporting is outdated. Arguably, the way some analysts firms determine market share is based on an antiquated calculation of compute cycles purchased (or something equivalent), while excluding anything that may also contribute to the overall cloud solution. It was likely generated at a time when AWS was nearly the only player in the market, and AWS did not (and still does not) provide significant consulting services or integration services, making the number of compute cycles a relevant measure. Again, there is little doubt that AWS leads this market, but excluding the multitude of other offerings and services that IBM delivers to their cloud customers from the market share figure is wrong and arbitrarily dismisses the value of their cloud offering.

Second, there is even some dispute over the numbers included within the article. At the beginning of the article, the author claims that Google reported $9 billion in sales, while IBM reported $21 billion. But (much) later in the article, the author claims that only about half (I’ll use $10 billion for round numbers) of IBM reported that cloud income comes from cloud sales, while Google’s $9 billion in revenues also include their other, non-core cloud offerings (such as Gmail and Google Docs). So no matter how you parse the math, it appears that the traditional IBM cloud offering DOES outpace Google (IBM’s $10 billion > Google’s $9 billion), something that should have been mentioned right at the very beginning of the article.

Lastly, and likely the most important, is the IBM cloud offering itself. While I’m not trying to become part of the marketing team at Big Blue, their cloud solution vastly differs from Amazon, Microsoft, and Google. While AWS, Azure, and GCP provide cloud to the masses via point-and-click setup and deployment, they also have devised a barebones solution that allows pretty much anyone from any vertical of any size to get up and running on their cloud. The end configuration and compliance and everything else after the initial setup is the purview of the client or their third-party support. While this model may work for some, IBM has taken the complete cloud solution: scoping, setup, implementation, migration, and maintenance. If the customer needs additional services related to their cloud, IBM is the full-stack solution that provides those services. Highly regulated environments (such as healthcare, financial services, etc.) have turned to IBM specifically because of this level of service and support.

The analyst community is often asked about “who is best” and “how does this impact our business.” Personally, I have advocated for the security benefits of ALL cloud solutions for years, as the cloud solutions provide better, more comprehensive security than most on-premises environments could ever hope to provide. It is also why it is important to understand that all of the cloud providers mentioned here give outstanding value to their customers. But I also believe that we need to compare apples to apples when looking at some of the claims in the market, and to revise our models to reflect how companies are actually consuming cloud services. The conclusions found in the Bloomberg article about IBM’s share of the cloud market are misleading, and readers would do well to get a perspective of the whole picture when making their cloud provider decisions.

Christopher Steffen, CISSP, CISA, is the managing research director of information security/risk and compliance management for Enterprise Management Associates, a leading industry analyst and consulting firm that provides deep insight across the full spectrum of IT and data management technologies. Before EMA, he served as the CIO for a financial services firm, focusing on FedRAMP compliance and security. He has also served in executive and leadership roles in numerous industry verticals. Steffen has presented at numerous industry conferences and has been interviewed by multiple online and print media sources. Steffen holds over a dozen technical certifications, including CISSP and CISA. 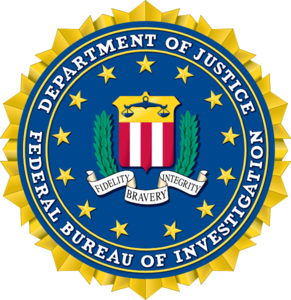