This blog in the Internet of Things (IoT) series comes as a tribute to security researchers everywhere. The autumn’s largest security-focused show is the Black Hat Security conference. If you are not familiar with Black Hat, it is a tech conference that started in 1997 and covers numerous security topics in various presentations that are fairly to highly technical. As mentioned in the first blog in the series, IoT-like systems have been around a long time. However, researchers began paying more public attention to IoT around 2011. Visibility on the subject of the security, or lack thereof, of IoTincreased in 2011, when researcher Jay Radcliffe demonstrated that medical devices; in this case, his own automated insulin pump, could be hacked to deliver a lethal dose of insulin.1 Since that time, there were numerous other IoT hacks in various fields, including:

The point of these hacks and disclosures is not to breed fear but create a healthy skepticism of what manufacturers of connected, embedded, or other types of IoT devices are telling consumers, and what they are not telling them about their products. These small footprint, Wi-Fi accessible devices are popping up everywhere; sadly, security is still often an afterthought. There is more onus on those purchasing the devices and the people responsible for managing the environments that they reside in both home and office. Each of us is participating in the world of IoT whether by choice or by happenstance, and we must embrace a culture revolving around three key components:

No matter what form of IoT your organization encounters, it must be ready to deal with them as authorized and entitled hosts, and as undesirable threats. 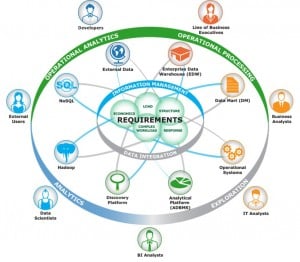