Editors note: This blog post is sponsored by Accedian, but the content represents my point of view.

Eighty-one percent of enterprises will increase their investments in network performance management (NPM) tools by 2021, according to Enterprise Management Associates (EMA) research.

These enterprises told us that they are primarily spending this money to close gaps in functionality and visibility. They also told us that network security, cloud, and software-defined networking (SDN) are major influences on their network management decision-making, which suggests that these technologies are contributing to those visibility gaps. In this blog, I’ll take a look at each of these trends in more detail.

In the enterprise world, there are two flavors of SDN today. First, many companies are adopting data center SDN, especially VMware NSX and Cisco ACI. Software-defined WAN adoption is even hotter, with more than 30 vendors and even more service providers looking to sell to enterprises. Both SDN flavors present challenges to operational visibility.

With data center SDN, NPM tools must be able to decode encapsulation protocol, understand infrastructure abstraction, and correlate insights across hardware and the software overlays that SDN creates on top of them.

Enterprises should ask their NPM vendors to form technical partnerships with data center SDN vendors to solve the abstractions and complexity issues. These tools should also integrate with SDN APIs to ensure they are collecting the data these solutions can generate. Of course, the presentation layer of any NPM tool should be able to show you how the physical underlay and the virtual overlay are interacting on an end-to-end basis.

SD-WAN solutions introduce another type of overlay to the wide-area network. These technologies usually offer native network and application visibility, but that visibility is usually limited to the software overlay. Also, the data they generate for collection by NPM tools varies in terms of format and compliance with industry standards. The data that these products generate usually lacks insight into the transport layer, and quite often lacks insight into the hardware they run on, too.

Consequently, NPM tools must be able to consume SD-WAN data and correlate it with data it collects through other means. Enterprises should expect their NPM vendors to partner with their chosen SD-WAN provider to ensure effective data collection and analysis. Enterprises should also consider active synthetic monitoring tools to supplement visibility and to give better insight into end-user experience at remote sites.

NPM and the Cloud

Network managers are struggling with the cloud. As one senior network architect at a large North American government agency recently told me, “Visibility is our biggest [cloud] issue—how applications are behaving in the cloud and how the cloud is behaving, rather than [network-level issues like] bandwidth and the connection level. We need better monitoring.”

Another network architect at a large media company complained that his organization has decent visibility into different parts of his network, but, “We struggle to see [cloud networks] from a holistic perspective. There’s not a single-pane tool that shows me that things are really working well across the cloud.”

Collecting cloud traffic with NPM tools not only helps with performance management and security. Most enterprises are also using NPM tools to assess the networking requirements of applications slated for migration into the public cloud. They often use such tools to monitor and control cloud networking costs.

On a subject related to the cloud, EMA also sees NPM tools impacted by the containerization of applications. Performance is the number-two pain point associated with containerization, thanks to the associated explosion of east-west traffic and accelerated rates of change in such application environments. Thus, whether containers are deployed in the public cloud or in the private data center, enterprises need NPM tools that can integrate with container orchestration systems, deploy virtual probes in container clusters, and analyze the diverse data generated by such environments.

But, there’s more. Stay tuned for the next blog in the series, “NPM Visibility Roadblock: TLS Encryption”. 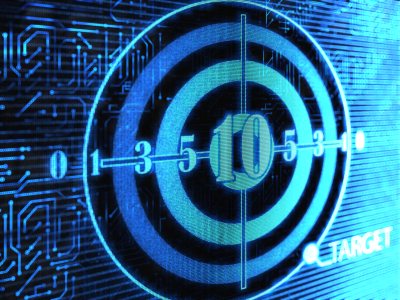 The Transformational Promise of Per-Application ADCs