Almost one year into the discussion about the Software Defined Data Center (SDDC), it is time to take inventory of the state of the discipline. As a reminder, the ultimate goal of the SDDC is to abstract and centralize the
management of compute, network, storage, operating systems, middleware and applications in order to dynamically place workloads where they can run in the most cost efficient, secure and compliant manner.

For readers who would like to review the first three parts of this series, here are the direct links: Part 1 - The Basics, Part 2 - Core Components, Part 3 - Questions and Battlefields

Let’s take a look at the maturity of the individual components required for the SDDC.

Recent EMA research –Demystifying Cloud– has shown that the hypervisor race has narrowed signficantly. VMware ESXi and Microsoft Hyper-V currently are head to head across workloads, with Amazon EC2

following not too far behind. KVM, Citrix Xen and IBM PowerVM are continuously gaining market share. Organizations that have deployed private and hybrid clouds are much more likely to adopt multiple hypervisors. The reason for this positive correlation between cloud adoption and multi-hypervisor strategies is the fact that modern cloud platforms mostly level the playing field in terms of features between hypervisors. Therefore, many organizations are willing to try out different hypervisors to lower license and operations cost.

What’s currently missing is an engine that dynamically places workloads in the hypervisor environments where they can run in the most efficient manner. This is partially due to customers not being at a point where they are looking for this type of dynamic workload placement, but also due to vendors not yet offering the flexibility required to dynamically shift workloads between hypervisors based on cost and policy requirements.

Software defined networking (SDN) and network virtualization is one of today’s hottest topics in enterprise IT. Most of the larger cloud platform vendors have launched or are in the process of launching their own capabilities

for creating virtual networks that are abstracted from the underlying hardware and offer northbound API’s for maximum application awareness.

What’s currently missing: As more and more hardware vendors support open networking standards such as OpenFlow and OpenStack’s Quantum and offer virtualization aware switches and WAN gateways, customers are starting to evaluate these technologies. However, it is essential to remember that we are only at the very beginning of customer adoption of software defined networking and network virtualization.

VMware/Nicira: Merging Nicira and vCloud Networking and Security enables VMware to offer a network virtualization platform that supports multiple hypervisors and clouds.
Midokura: Virtualization of layer 2 through 4 networking with no single points of failure and OpenStack support.
Vyatta: Virtual switches, routers and firewalls for virtual server environments, x86 servers and the Amazon cloud.
Microsoft: Hyper-V Network Virtualization is included in Windows Server 2012 and enables customers to create virtual network across hybrid cloud environments.
Big Switch: The Big Network Controller is at the core of the BigSiwth OpenSDN architecture, whcih offers northbound APIs and an Openflow interface to the data plane.

VMware purchasing Virsto and the EMC acquisition of iWave Software are only two examples of the fact that hardware independent storage virtualization is finally catching on. IBM has very recently

launched its SmartCloud Virtual Storage Center and SmartCloud Storage Access Suite of storage virtualization and self service provisioning products. These recent events are in response to storage having been identified by customers as the one most critical bottleneck for cloud computing and the SDDC.

What’s currently missing: All this progress must not divert our view from the fact that the interface between storage engineers and virtualization administrators is still a significant challenge, as very few customers are even aware of the capabilities of hardware independent storage virtualization and automation. The key problem is that storage vendors have no interest to cut into their own margins by promoting the capabilities of hardware independent storage virtualization. However, in today’s real-time IT environments, end users will no longer accept the traditional painful storage provisioning process. This pressure from the customer side is in the process of changing the storage market place, forcing the large storage vendors such as EMC, NetApp and Hitachi to respond or lose market share. Due to this pressure, we should see much progress in terms of storage virtualization in 2013.

Once a hybrid cloud is deployed, governance challenges sprout everywhere. Developers are now able to provision their own resources and IT operations staff is faced with the resulting complexity. Ensuring regulatory

compliance, security, performance and cost efficiency in this constantly growing heterogeneous environment is difficult, if it has to be done with traditional systems management tools. A central governance and logic layer is needed to handle this complexity along the lines of business requirements.

What’s currently missing: Today, there are mostly point solutions out there addressing the governance challenge. By definition, point solutions are not able to globally tie together private and public cloud environments, under the roof of a central governance layer. ServiceMesh, as one of EMA’s Vendors to Watch in March of 2013, exclusively focuses at offering this governance layer to enable developers to rapidly deploy compliant environments, while IT operations staff centrally controls the blueprints these environments are built upon. In order to truly achieve the SDDC, significant maturation of the market place for central governance solutions is required.

Dynamic workload placement today is mostly limited to a simple analysis of available CPU, disk and memory resources. For example, VMware’s vMotion technology is able to live migrate virtual machines, based on these

parameters. However, this type of resource-based placement neglects the organization’s requirement to control where workloads are located, based on SLA, security, cost, performance and policy requirements.

What’s currently missing: Similar to the “central governance” challenge, the dynamic workload placement problem is mostly unsolved. Most organizations do not fully trust current placement technologies, such as vMotion, which leaves them with static workloads. There are few solutions, such as VMTurbo that understand the connection between workload performance and resource utilization metrics and are able to automatically move workloads or add new resources before problems occur. This proactive approach to workload placement is not yet common in production environments and will have to be addressed by any successful cloud vendor.

VMTurbo: VMTurbo offers proactive VM placement based on cost, application performance and business criticality.
CiRBA: The CiRBA analytics engine enables customers to make better use of their existing virtual and cloud infrastructure through policy, performance and cost based VM placement and host consolidation.

database management and many more. The SDDC has to seamlessly connect these applications and “understand” dependencies in terms of availability, performance, security and cost. Only when the various systems that are composing a business service work together seamlessly, can new services be deployed and managed dynamically and intelligently, based on central governance rules.

What’s currently missing: While automation and orchestration are recognized as some of the most important IT topics today, IT silos are still common. Based on EMA research, almost half of enterprises believe that technology silos and a lack of automation constitute a significant problem, preventing many of their IT projects from achieving their maximum ROI.

The journey to the SDDC is a long one, as the problems that have to be solved are non-trivial. While it is great to see startups such as ServiceMesh and VMTurbo, as well as larger companies such as IBM and VMware

addressing these challenges, it is essential to understand that we are still at the beginning of our voyage.

Data Management: In-Memory Could Be the Mother of All Wisdom 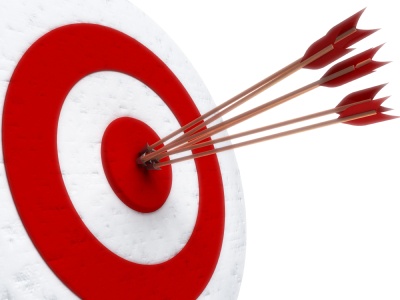