EMA research confirms that these are both significant pain points in enterprise IT today.

Background
This announcement comes after months of guessing games around whether or not HPE will get back into the cloud business. Unsurprisingly, the answer is and had to be YES. In the recent past HPE has placed a series of cloud bets that did not work out: CloudSystem, Eucalyptus, OpenStack. With the Simplivity acquisition HPE chose not to pursue Simplivity’s capabilities in terms of federation with AWS and Azure, which raised and still raises questions.

Competition and Differentiation
RightScale, Cisco CloudCenter (formerly CliQR), IBM Cloud Automation Manager and the freshly integrated VMware vRealize suite of multi cloud management tools are some of the core competitors. Whether or not Project New Stack will be the missing link for the success of HPE's cloud strategy depends on the ultimate answers to the following core questions:

As a CIO, Would I Adopt New Stack as a Multi Cloud Manager?
I have always liked the concept of composability and I highly commend HPE for sticking its “neck” out for this fascinating vision. Scaling application environments across multiple data centers and clouds in a policy-driven and automated manner is the right thing to do. The question mark for me is whether HPE can show any significant differentiation that would make me, as the CTO or CIO, want to bet on an HPE-centric cloud management solution. This differentiation could lie in the combination of HPE Synergy composable infrastructure, the Simplivity OmniStack federated file system, the HPE OneView operations management platform and HPE New Stack. In the end, there are many moving parts that have to be integrated in a convincing manner.

But is this the right thing to do for HPE right now?
Yes it is and here is why: adding New Stack on top of Synergy is a low-risk play, as customers today do not buy Synergy for its composability, but simply because they want to refresh their servers. That said, I would look at New Stack as a “free play,” where the quarterback can take some risk because there won’t be any interceptions possible. This is why I cannot fault HPE for trying and I'm curious to learn more about how New Stack will differentiate.

Optimizing the Business With Network Analytics 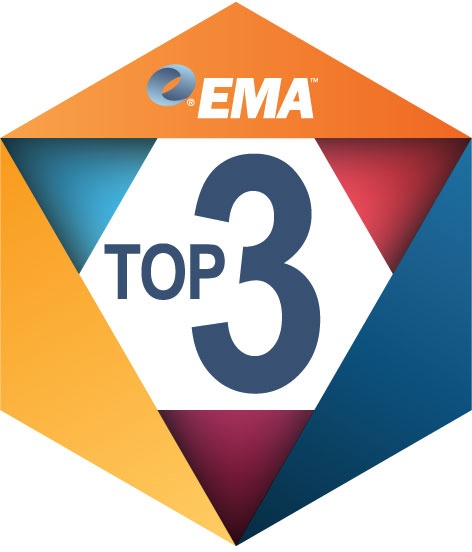 The EMA Top 3 Report: Ten Priorities for Hybrid Cloud, Containers, and DevOps in 2017